THE STORY OF OUR PROVINCE 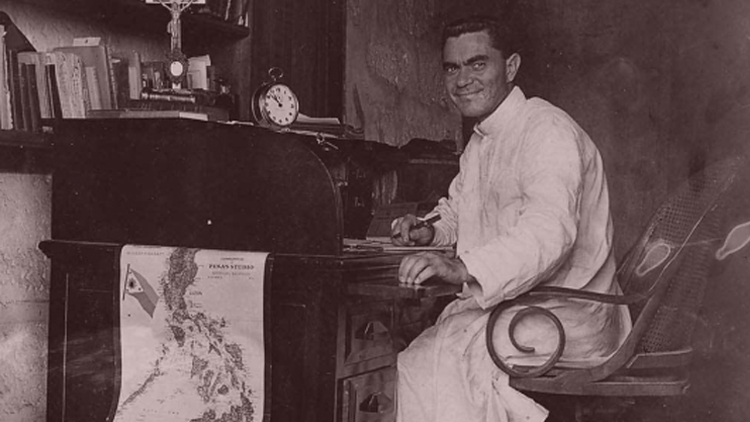 The St. Joseph Province-Philippines is the first mission of the Congregation of the Oblates of St. Joseph outside Italy which started in 1915 and was established as a Province in 1987.

The story of the Oblates of Saint Joseph in the Philippines may be said to be truly providential. It is a realization of the words of their founder, St. Joseph Marello, as he asked their Patron for guidance: "Joseph, show us the way, support us at every step, lead us where Divine Providence wants us to arrive."

With the dwindling number of priests, the first bishop of the Diocese of Lipa, Msgr. Giuseppe Petrelli, DD, had to look for ministerial assistance in Italy. At first he sought the Giuseppini di Murialdo. But, its superior. Fr. Eugenio Reffo, declining the invitation, recommended to the good bishop the OSJ: "they are our good friends, few in number but full of good spirit and apostolic zeal."

Being relatively new to the idea of sending missionaries, Rev. Fr. Giovanni Battista Cortona, OSJ rector major, together with Fr. Carandino even had to consult Pope Benedict XV. The response of His holiness gave them assurance to where Divine Providence was leading the young congregation: "If they go, they do me a true favor, and I give them my blessing with all my heart."

Fr. Macagno, Fr. Anfossi, Br. Camara,
Fr. Fornaca and Fr. Gherlone
They arrived in the Diocese of Lipa on August 26, 1915, particularly at the train station of San Jose de Malaking Tubig. The parish of San Jose became the central house of the Congregation in the Philippines, as decreed by Bishop Petrelli: In the meantime they could reside in the parish house of San Jose (the central parish that I will give to the dear Oblates of St. Joseph, a few minutes by train from Lipa), and offer from there the ministerial services they can easily carry out. The five OSJs were greeted by a large crowd of boys from the Escuela Catolica and by the festive tolling of the seven bells of the Church.Thus the seed of faith and of the mission was planted.

There were six parishes that were entrusted to the first missionaries: San Jose, Cuenca, Ibaan, Rosario, Taysan and Lobo. The following year, the parish of Alitagtag was also entrusted to them.

With the magnititude of their responsibilities at hand, they had sought numerous times to send additional confreres to respond the pastoral demands of the faithful. The tediousness of the mission was proven through three heartbreaking moments: the deaths of Br. Macagno on July 9, 1919 and of Fr. Anfossi on August 20, 1921; and the departure from the Congregation of Br. Camera in 1922.

The Next Ten Years The long awaited reinforcements did came in 1921. The second batch was composed of one priest and two clerics: Fr. Vincenzo Prandi, Ch. Giovanni Boccignone (ordained in Batangas, 1922) and Ch. Luigi Mortera (ordained in Batangas, 1923). Five years later, 1926, the third group of Italian missionaries set foot in the country. They were Fr. Egidio Mortera, Fr. Antonio Fanchini and Fr. Emilio Boccalatte. During this period, another parish was entrusted to them: Padre Garcia. However, in a concordat signed between Bishop Alfredo Verzosa and Fr. Fornaca, Alitagtag was not anymore included in the list of the parishes to be entrusted to the missionaries.

Marker at the site of Fr. Fanchini's Martyrdom

With the country beseiged by the Second World War, the Italian priests courageously carried out their mission even to the point of sacrificing themselves for the sake of their faithful. This dark epoch of the nation witnessed the martyrdoms of Fr. Prandi in Cuenca and of Fr. Fanchini in Padre Garcia.

The need for more workers in the vineyard of the Lord, prompted the Italian missionaries to open a local seminary. Thus, in 1951, the St. Joseph Mission Institute began to operate. It is sitatuated in a lot acquired from the Diocese of Lipa through the efforts of Fr. Guido, who was then the superior of the mission, and Fr. Pearson.

The mission is now a delegation

In 1952, the missionary group was recognized as a delegation of the Congregation during the Sixth General Chapter. It took another five years, before the first Filipino Delegate was appointed in the person of Fr. Lucio Aguilar. It was during his term that greater focus was given to the strengthening and foundation of educational institutions administered by the Congregation

When Fr. Guido Coletti was appointed as Delegate Superior, he initiated the openning of the first religious house outside of Batangas. This endeavor began in 1961 with the donation of a lot in a newly established subdivision in Mandaluyong. Though the condition was to build the chuch within three years, it took at least six years to complete the project. On March 19, 1967, the Santuario de San Jose was formally inaugurated as the first OSJ parish in the metropolis area.

The newly-constructed L'Anunziata Church, circa 1984

Due to lack of personnel, the Augustian Recollect Fathers were forced to give up the pastoral and canonical administration of San Juan Parish, San Juan, Batangas. In a board resolution of the Archdiocese of Lipa in 1978, the parish was entrusted to the Oblates of St. Joseph. But the local delegation needed to turn over the parish of Cuenca to the archdiocese. The Congregation began their apostolic work in San Juan on May 1, 1978. The same year also saw the openning of another community outside Batangas. Through a lot donated by a resident from Greenhills,the OSJ delegation built a church (the Parish of St. Anthony de Padua) and a seminary in Inarawan, Antipolo, Rizal.

In 1984, the Delegation opened the second community in the metropolis outside Batangas which includes a church, the L'Annunziata Parish and the new OSJ novitiate house.

The Twelfth General Chapter, circa 1987

In 1987, the OSJ Philippine Delegation finally became a Province through an approved resolution of the 12th General Chapter of the Congregation held in Rome, Italy.

They may be called gifts to the new province as the Chapter acknowledged and approved the openning of two communities: the Blessed Sacrament Parish, Biñan, Laguna (including the new seminary for the junior professed brothers) and Christ the King Parish, San Pedro, Laguna.

In 1991, the next community in San Pedro, Laguna was opened. This was the Our Lady of Fatima Parish in Elvinda Village.

Three years after was the inauguration of the Marello Retreat House in Tagaytay City, Cavite(1994). This was through the efforts of Fr. Guido Coletti.

When the Philippines hosted the World Youth Day in 1995, the Province was the venue of the first OSJ International Youth Congress.

In 1996, the province mourned the death of its zealous church builder, Fr. Guido Coletti who served in the country for almost 60 years.

The old church of San Francisco de Asis in Davao

With the approach of the new millenium, the Province took another bold initiative by openning its first community outside the Luzon island, the Spousal of Joseph and Mary Parish in Buntatala, Jaro, Iloilo City in 1999. This was followed by the inauguration of a new parish, San Francisco de Asis Parish, in Davao City on the same year.

Three missionary frontiers were opened in 2004 and 2005 with the Province accepting the invitation of the Diocese of Balanga, Bataan to minister the Parishes of Pilar (San Isidro Labrador Parish, 2004), of Alasasin, Mariveles (Sto. Niño Parish, 2004), and of New San Jose, Dinalupihan (San Jose Parish, 2005).

In 2007, the Filipino Oblates bid farewell to the last Italian missionary in the country, Fr. Elias May. He died on March 30, 2007, dedicating 59 years of his life as a missionary to the Philippines.

From 2008 to 2013, the Province initiated the opening of more missions: St. Joseph Marello Mission Territory, Puerto Princesa, Palawan (2008), St. Damien of Molokai Parish, Dawesville, Australia (2009) and San Luis Parish, Cauayan, Isabela (2013). In 2017, a new parish in Antipolo was consecrated This was erected in honor of St. Joseph Marello. In February of 2018, the Province began its pastoral assistance to Archdiocese of Lingayen-Dagupan with the administration of San Lorenzo Ruiz Parish in Bayambang, Pangasinan.

One-hundred years after the arrival of the first missionaries in the Philippines, there are now 129 perpetually professed members (priests and brothers)and 15 junior professed. They are present in total of 11 dioceses in the country, two dioceses in Australia, in the OSJ Province in North Italy and in the Generalate, one in the United States of America and one in Indonesia.

The Oblates of Saint Joseph in the Philippines are looking forward positively into the future, having an increase not only in their number but in providing for the Church holy and dedicated religious priests and brothers, serving the interests of Jesus like St. Joseph as taught by their founder, St. Joseph Marello.

Read more about the story of our Province...

We remember our foreign priests and brothers who have served in our country.

We remember our Filipino confreres who have gone ahead of us.

Read all about the parishes and communities that were once under the ministry and care of the Province.