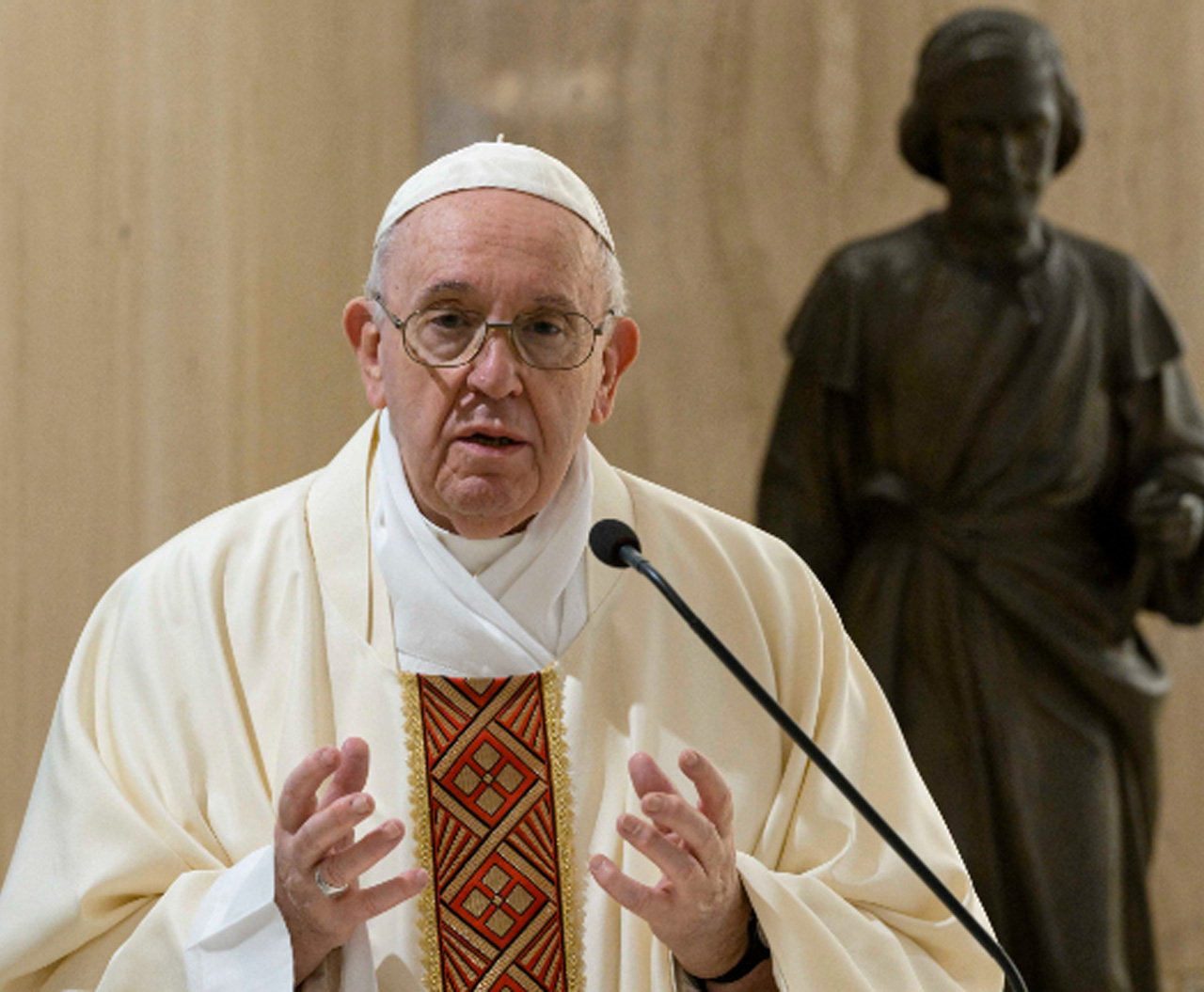 The General Chapter of 2018 with its 6th resolution has formulated a filial plea to Pope Francis, which reads:

This General Chapter, seeing our times particularly marked by a weariness of faith, by continued disorders which effect the Church and the world, by the ongoing frailties to which families are exposed, by the coming 30th Anniversary of the Apostolic Exhortation Redemptoris Custos of St. John Paul II, by the upcoming 150th Anniversary of the Decree Quemadmodum Deus with which Bl. Pius IX in 1870 declared St. Joseph Patron of the Catholic Church, and echoing the voices of the Joseph Movement and of many other Congregations and Religious Institutes who are honored to be entitled to St. Joseph, and of many devout people scattered throughout the world:

IMPLORES THE SUPREME PONTIFF, POPE FRANCIS
TO DESIGNATE FOR THE ENTIRE CHURCH
A SPECIAL YEAR DEDICATED TO ST. JOSEPH


to renew among us that faith, hope and charity which shone forth in the life of the Guardian of the Redeemer and head of the Family of Nazareth.

Immediately after the General Chapter, at the audience on 31 August, we have delivered the aforementioned plea to the Pope. Subsequently, we turned to religious congregations who are inspired by St. Joseph and others to support our initiative. We have also asked the bishops and the laity to do the same. On the 150th anniversary of the proclamation of St. Joseph's patronage, on 8 December 2020, at noontime on the feast of the Immaculate Conception, Pope Francis officially announced the opening of the Year of St. Joseph, which will last until 8 December 2021.

For this occasion, the Supreme Pontiff published his apostolic letter, Patris corde – the heart of the father - which highlights the fact that Joseph's paternity is expressed “in having made his life an oblation of himself, a love placed at the service of the Messiah.”

The Guardian of the Redeemer “reminds us that those who appear hidden and in the shadows can play an incomparable role in the history of salvation.”

At this moment, I cannot express enough the greatest and most heartfelt gratitude to Pope Francis for the honor he has dedicated to the Guardian of the Redeemer through this initiative. I am delighted above all by the fact that in this way our bond with St. Joseph would always become more profound, and the Christian people would have the possibility of rediscovering his role in the history of salvation and invoking him as protector during these challenging times for the Church and the world.

I do urge the whole Josephite Marellian Family to live this year of grace by growing spiritually in love for the great Patriarch and, by following his style of life, which is marked by humility and laboriousness, and in responding with an ever greater commitment to the call of the Lord.

The Centro Internazionale Giuseppini-Marelliani launched a compilation of various reflections on St. Joseph. To access the electronic books in English, Spanish, Italian, Polish and Portuguese, click here:
Reflections on St. Joseph Obtaining Plenary Indulgence during the Year of St. Joseph
from the Decree issued by the Apostolic Penitentiary

1) Participate in a spiritual retreat for at least one day that includes a meditation on St. Joseph. 2) Pray for St. Joseph’s intercession for the unemployed that they might find dignifying work. 3) Recite the Litany of St. Joseph for persecuted Christians. Byzantine Catholics have the option of an Akathist to St. Joseph. 4) Entrust one’s daily work and activity to the protection of St. Joseph the Worker. 5) Follow St. Joseph’s example in performing a corporal work of mercy. These include feeding the hungry, giving drink to the thirsty, clothing the naked, sheltering the homeless, visiting the imprisoned, visiting the sick, and burying the dead. 6) Perform one of the spiritual works of mercy, such as comforting the sorrowful, counseling the doubtful, instructing the ignorant, admonishing the sinner, bearing wrongs patiently, forgiving injuries, and praying for the living and the dead. 7) Pray the Rosary together with one’s family in order that “all Christian families may be stimulated to recreate the same atmosphere of intimate communion, love and prayer that was in the Holy Family.” 8) Engaged couples can also receive an indulgence from praying the Rosary together. 9) Meditate for at least 30 minutes on the Lord’s Prayer, because St. Joseph “invites us to rediscover our filial relationship with the Father, to renew fidelity to prayer, to listen and correspond with profound discernment to God’s will.” 10) Pray an approved prayer to St. Joseph on St. Joseph Sunday, the Sunday after Christmas in the Byzantine Catholic tradition. 11) Celebrate the feast of St. Joseph on March 19 with an act of piety in honor of St. Joseph. 12) Pray an approved prayer to St. Joseph on the 19th of any month. 13) Honor Joseph with an act of piety or approved prayer on a Wednesday, the day traditionally dedicated to St. Joseph. 14) Pray to St. Joseph on the Feast of the Holy Family on Dec. 29. 15) Celebrate the feast of St. Joseph the Worker on May 1 with an act of piety or prayer. 16) The elderly, the sick, and the dying who are unable to leave their homes also have special permission to receive an indulgence by “offering with trust in God the pains and discomforts” of their lives with a prayer to St. Joseph, hope of the sick and patron of a happy death.

The Congregation of the Oblates of St. Joseph is composed of religious priests and brothers who, in faithfulness to the charisms of our Founder, St. Joseph Marello, are called to serve the interests of Jesus like St. Joseph. By virtue of ordination, every Oblate priest is at the service of the ecclesial community and is to live not for himself but for others. Likewise, every Oblate religious brother, equal in dignity with priests by virtue of their religious profession, dedicates himself in a great variety of apostolic and social services. We carry out our apostolate according to the Oblate spirit.